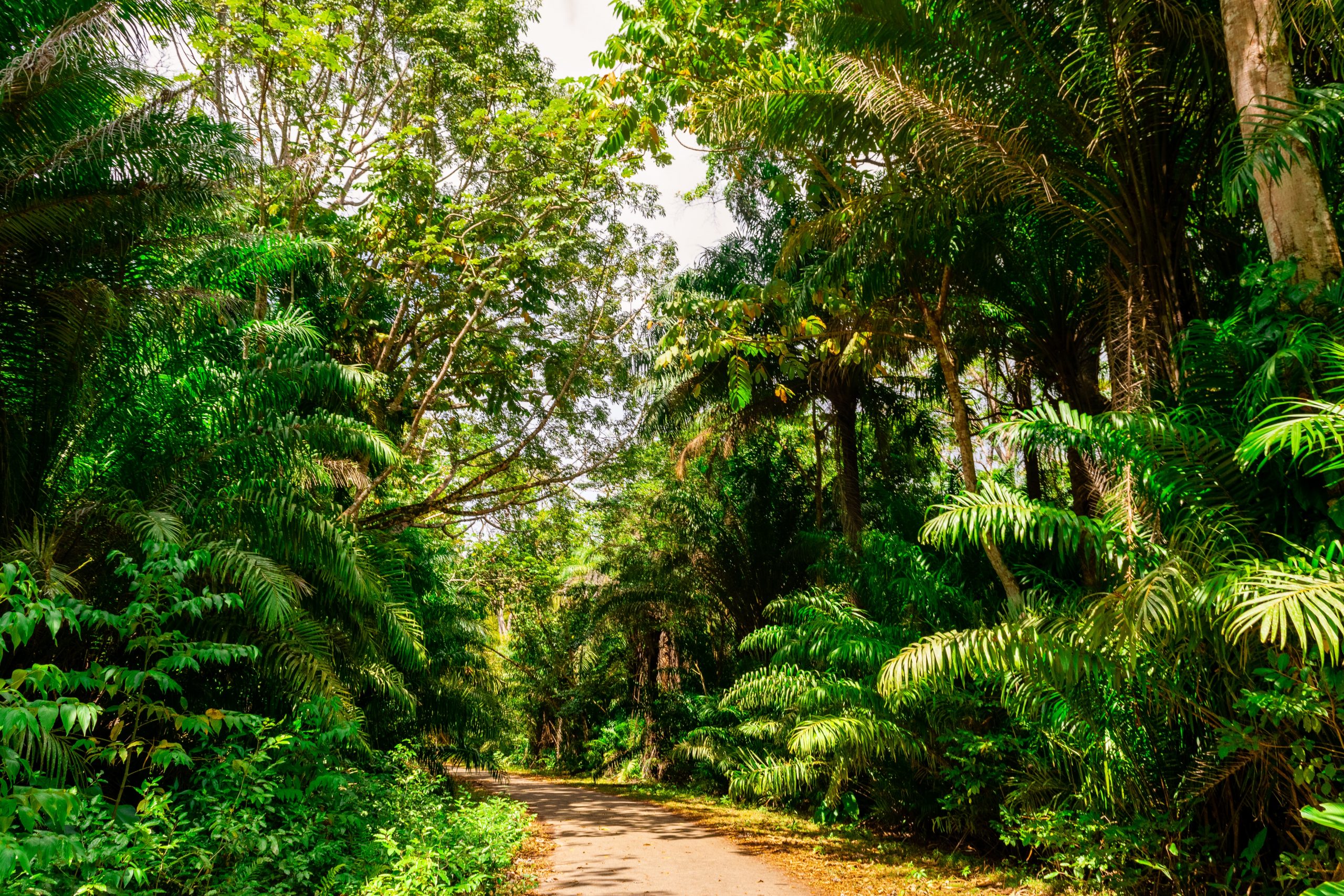 The Caribbean islands are one of the most beautiful vacation spots in the world due to their crystal clear waters and bright white sand beaches. According to the Caribbean Tourism Organization, in 2019 there were an estimated 32 million international tourist arrivals. While the beautiful beaches themselves are the main tourist attraction, travelers should remain well informed about the animals that inhabit the island. This is important because, in the event that you run into a wild animal, you will know the proper precautions to take.

Snakes, for example, are common inhabitants of the Caribbean islands and while your initial instinct is to assume that all Caribbean snakes are dangerous to you, that isn’t always the case. Many snakes are an essential part of the environment in the Caribbean and harming them may lead to them becoming critically endangered. What’s worse is being uninformed may lead to the harming of snakes who do not even pose a danger to humans. That is why it is important that you are well informed about Caribbean snakes before you make your trip to the Caribbean.

But lucky for you, we have gathered all of the information you need to know in regard to snakes in the Caribbean. Keep reading to know how to handle the situation when and if you encounter a Caribbean snake during your trip to a Caribbean island.

The first snake on our list is the Jamaican Boa, also known as the yellow snake. The Jamaican Boa is found in Jamaica, hence its name, and surprisingly it spends most of its time on trees. This beautiful snake ranges in size but fully grown boas can grow to be between four and seven and a half feet in length. It is not venomous and is not an aggressive snake.

The Jamaican Boa is nocturnal, which means it sleeps during the day and is awake at night which is when it does its hunting. Their diet consists of small rodents, such as rats, bats, frogs, and small birds. While it hangs on trees at night, it is observant of its surroundings so that it may hunt its prey, specifically birds, as it is flying by.

Although it is an extinct animal due to it feeding on a venomous toad, many people who travel to Jamaica believe this snake species to be venomous. This makes travelers nervous upon their encounter with the snake, resulting in the snake being killed immediately. This contributes to the reduction in the amount of Boas currently alive. It is important to note that the Jamaican Boa is not a harmful snake at all and would only ever bite if it were in a situation where it felt threatened. Because of this, it is never necessary to approach the Boa with the intent to kill it.

In order to avoid accidentally killing a Jamaican Boa on your next Caribbean vacation, remember these key characteristics. The chin and head are usually a greenish or yellowish color and have black stripes behind the eyes that head toward the neck. The overall color of the snake can differ but they tend to be yellow, tan, or orange, with black on them. If you ever are around one of these beauties during the daytime, you will notice that the black scales give off a distinct shine when it is under direct sunlight.

By remembering these characteristics of the Jamaican Boa, you will be contributing to its safety because you are now informed that it is harmless and will be less likely to kill it if you ever do see one. Instead, just leave the snake alone and you can be sure that it will leave you alone as well.

This snake is found mostly in the forest and its favorite meals include frogs and lizards. While it is not a venomous or vicious snake, it is important to understand the characters so that you may be able to identify it on your next vacation to the Caribbean and avoid doing any harm to it.

When it is fully grown, the Saint Vincent Blacksnake can be up to forty inches. The snake is a slate black color, hence the name, and has a white bottom.

Most of the time, dwarf boas are found on the ground but they are capable of climbing up trees and vines. They prey on small lizards and are mostly found curled up on the ground.

As mentioned earlier, this snake will mostly be found curled up on the ground, but in the event that you encounter the snake, keep in mind that it is not dangerous nor is it venomous. The best thing you can do is to walk away slowly and try to avoid making any movements that may startle the snake. If you leave it alone, it will also leave you alone.

This snake is a light brown color with spots of dark brown all over it. Its most distinctive feature though is its tail, due to its yellow color.

The Barbados Thread Snake can be found on the island of Barbados. The thread snake lives in tropical dry forests and you may encounter them while on a walk or tour of the forest on the island. This Caribbean snake is considered one of the smallest snakes as it only reaches 10 centimeters once it is fully grown.

The Barbados Thread Snake primarily lives underground and is considered a burrowing snake. This is because it spends its time making holes and tunnels within the forests and feeds on tiny larvae of small animals that are found within the soil. Additionally, they may hide under rocks and are nocturnal snakes so they will do most of their burrowing at night.

This small snake is harmless and while you may mistake it for a worm, it is best that should you ever encounter it, you leave it be.

The snake is brown in color and is only as wide as spaghetti!

The Aruba Island Rattlesnake is native to the Aruba Islands in the Southern Caribbean. They are found on rocky hills and maybe a snake you encounter if one of your activities includes hiking during your vacation. Most of them are found within the Arikok National Park, which was made to preserve the snake and keep them safe. They can grow to be as long as two to three feet long. What makes these snakes unique is that while they are nocturnal like the Jamaican Boa, this is only the case during the hot summer months. The rest of the year, you can encounter an Aruba Rattlesnake in the early morning or late afternoon as they try to avoid the sun.

Aruba Island Rattlesnakes can be found at the bottom of trees and bushes, which is where they wait for their prey. They feed on lizards, mice, rats, and rabbits. Sometimes it also will eat birds as long as they are small size.

While these Caribbean snakes are actually venomous and can be harmful to humans, it is not aggressive and will usually be in hiding. When approached though, the snake may feel threatened and make an attack if it feels like it needs to protect itself. If you are ever bit by this snake species, you will need to seek immediate attention to make sure you get the appropriate treatment due to the venom which can be harmful to humans. In any case, it is a best practice that should you ever encounter a snake on your trip to Aruba Island, leave it alone and you can be almost certain you will walk away unharmed.

The snake is usually light brown or grey in color and its distinctive features include marks in the shape of a diamond on its back and the rattle at the end of its tail. The diamond shape is mostly seen on younger snakes and their rattle will usually begin to shake when it is feeling nervous.

Another venomous snake found in the Caribbean is Saint Lucia Fer De Lance. This snake is highly endangered, due mainly to the fact that humans who encounter the snake immediately kill it due to the potential to be deadly to humans. This species is highly venomous and a single bite from this snake can be deadly. Therefore, it is one of the most dangerous snakes of the Caribbean.

Saint Lucia Fer de Lance snakes live in wet and moist environments and therefore may be found near rivers or streams, where moisture is still prevalent. It is also a nocturnal snake that preys on rats and mice during the night.

While this species of snake is not known to attack humans, it is a very aggressive snake when it comes to defending itself. It moves very swiftly and may begin to further itself from you if it feels scared or alarmed, but is known to rapidly turn back around and attack. Again, it will only attack if it is threatened and is not known to attack humans solely for the purpose of attacking. Due to its venomous bite that can be deadly, if you ever do encounter a Fur De Lance and Saint Lucia, it is best to avoid any contact with it.

The snake has a flat head with a yellow underside that stands out from the rest of its body and can be light brown or even black. Their bodies are usually a light cream color with dark brown patches all over. Although the patterns and colors differ on the Saint Lucia Fer De Lance, the colors are usually green, tan, brown, or even black.

Snakes are fascinating creatures who typically keep to themselves and will only attack if they are feeling intimidated. With that being said, most of the snakes in the Caribbean are harmless and only a handful of them are found to be venomous. When you make your trip, remember that snakes in the Caribbean are only going to attack if they feel threatened. Additionally, remember the characteristics of the snake species and the limited species that are venomous so that you may know how to handle the situation if you are ever bit by a snake. If it is too difficult for you to remember which snakes are venomous and the many species that are harmless, it is best that you walk away immediately whenever you do see a snake on an island in the Caribbean. The last thing you want is to contribute to the endangerment or even extinction of this unique and beautiful creature.