Puerto Rico is a beautiful tropical island located between the Caribbean Sea and the Atlantic Ocean. It is a US territory island that extends over 100 miles from east to west and about 39 miles from north to south. Puerto Rico is known for being one of the worlds leading rum producers, accounting for most of the rum that is consumed in the United States. It is also one of the most beautiful destinations to enjoy a paradise vacation surrounded by white sand beaches and historical sites throughout the island.  But what has led you here is the question surrounding the topic of sharks on this beautiful island. More importantly, are there sharks in Puerto Rico?

With warm and tropical seas, the possibilities are high that sharks will wander around the waters that surround Puerto Rico. Although to fully answer the question and have a clear understanding of whether or not they are a danger to humans, we must first learn a little bit about sharks and their living environments.

Where do Sharks Live?

According to Save Our Seas, there were 96 shark attacks recorded in 2020 and only 57 of those were unprovoked attacks. Of those 57 shark attacks, 10 of them resulted in fatalities. When looking at the number of bites per year that have increased over the last ten years, it is important to also consider the growing population each year to understand that the risk for shark attacks and shark bites has not actually increased. Instead, there are more people in the world participating in activities in shark homes, resulting in the possibility of more people getting bit.

Why do Sharks Bite Humans?

While there are different theories put together to explain the different shark attacks on people, experts will agree that shark attacks are not driven by an intent to eat humans. Humans are not a sharks prey and instead, based on the history of shark attacks, sharks can detect prey after their initial bite. This could be why after biting humans lightly, they have let go, leading experts to believe that their taste buds have let them know that the humans are not prey. Additionally, according to Save our Seas, most shark attacks happen in shallow waters near the shore. With that in mind, this is also where sharks favorite meals such as seals, stingrays, and other fish are typically found, leading experts to believe that sharks are only in these places looking for their favorite meals.

With all of that information in mind, one can make the determination that sharks are not mindless killers and most sharks bite out of curiosity or mistaken identity. Sharks rely on their mouths to gather information about their surroundings and if they are curious about what else is in the water with them, they may attack humans. Also, if humans are found in an area where there are seals or other animals that are shark prey, a shark may become confused and attack humans thinking that they are seals.

Have There Been Incidents of Sharks Attacking Humans in Puerto Rico?

According to Travel Safe, there have been a total of five fatal attacks in Puerto Rico since 1822, and the species that caused these attacks is unknown. Sharks rarely attack humans worldwide, and in Puerto Rico, those possibilities are even lower and an attack on this island is extremely rare. With that in mind, it is still important to remain well-informed and cautious when swimming in Puerto Rico. Be aware of the shark advisory warnings and be mindful of the locations where you intend to swim or surf.

What Sharks Can Be Found In Puerto Rico?

Now that we understand typical shark behavior, let’s dive in and explore the different shark species that can be found in Puerto Rico and how to prepare to avoid shark attacks.

The Caribbean Reef Shark has short snouses that are rounded. Their pectoral fins are usually large and narrow while their first dorsal fin is small. They may display certain behaviors before attacking humans. Some of these behaviors include sharp movements, arching of the back, and lowered pectoral fins. This reef shark can be found on Puerto Rico’s East Coast where you will find many sites available to even swim with them.

Nurse sharks, also known as slow-moving sharks, are another shark species found in Puerto Rico. They are not dangerous sharks either, although they prefer to be left alone and may bite if they are bothered. These sharks can grow up to 14 feet in length and can be found living on coral reefs and channels. They spend most of their time in shallow waters but similar to the Caribbean Reef Shark, the Nurse Shark can also be found motionless on the sea floor. Nurse Sharks eat bony fish also such as crustaceans and spiny lobsters. They also like to eat small stingrays and sea urchins and sometimes even baby nurse sharks.

The Nurse Shark likes to swim in groups of other nurse sharks and while they are generally very calm and harmless shark, they may be found to be potentially dangerous as they may attack surfers if they get too close to the shark or if they make the shark feel provoked. On the other hand, if left alone, this shark species is one of the most docile and social sharks in Puerto Rico. These sharks can also be found on Puerto Rico’s East coast and it is one of the most common sharks in Puerto Rico to swim with.

Whale Sharks are also considered one of the more docile sharks in Puerto Rico, which is surprising considering they are one of the largest sharks alive now. They can grow as long as 40 feet! A whale shark has a flat head and a snout on the top of its mouth. It is usually grey or brown and has white spots and light stripes running both vertically and horizontally on the whale shark. Whale sharks feed on plankton and small fish and shrimp, mainly due to their smaller teeth.

Whale sharks can be found along the west coast of Puerto Rico and tourists are even able to participate in Whale Shark watching at Desecheo Island. Whale Sharks are not associated with any recorded shark attack and therefore are one of the least dangerous sharks in Puerto Rico.

Tiger sharks can also be found in Puerto Rico. They can grow up to 14 feet in length and they get their name due to their resemblance to tigers on land. These particular sharks have stripes on their skins, which is why they are called Tiger Sharks, which will eventually fade as the shark gets older. This shark species can be found in shallow waters although they do move around a lot, from place to place, depending on the water temperatures they are in. Tiger sharks typically eat fish and a variety of other sea creatures such as small sharks, lobsters, and crabs. Additionally, they will also eat marine mammals such as seals and marine birds as well.

Bull Sharks are considered some of the most dangerous species of large sharks around. A male Bull Shark can grow to be 7 feet in length while a female bull shark can grow to be up to 11 feet or more. Bull Sharks also prefer shallow, warm coastal waters, which makes it highly likely that this shark would be spotted in Puerto Rican waters. Bull Sharks eat mostly fish but can also prey on other meats such as marine mammals, sea birds, turtles, and even younger Bull Sharks.

Due to them being found in shallow water, Bull Sharks are responsible for most shark attacks in the world. This is because this extremely dangerous shark will eat anything that comes in its path. They have very aggressive personalities, which can lead to them causing a fatal attack on humans.

The Oceanic Whitetip Shark is also considered one of the most dangerous shark species to humans. As you can probably guess by their name, Oceanic Whitetip Sharks are named due to the white tips on their fins. They feed mainly on bony fish and squid but will also eat sea birds and other sharks, as well as marine mammals. They can grow to be almost 10 feet in length and are found all over the world.

According to Ocean Find Your Blue, these sharks have been known to attack people stranded at sea. The Oceanic Whitetip Sharks prefer warmer waters, like those in Puerto Rico, and they spend more of their time in deep water. They may be slow swimmers, but occasionally they have short bursts of faster speeds than usual, especially when they are getting ready to attack their prey.

So, are there sharks in Puerto Rico? Sharks can definitely be found in the waters that surround the island of Puerto Rico but the real question should be what the likelihood is of you being involved in a shark attack. As we have discussed, it is quite rare that unprovoked attacks happen by sharks in Puerto Rico and anywhere in the world as a matter of fact. Sharks are not mindless killers and they would rather prey on their favorite meals. While there are a variety of sharks in Puerto Rico, the most dangerous sharks will only attack when they feel intimidated or are provoked. Even the sharks that are found in the most shallow water are not a danger to humans. If you are planning a vacation to Puerto Rico, be sure to stay informed and know what times of year you will be most likely to see a shark while swimming on the beach. This will allow you to be prepared and plan your outings accordingly. 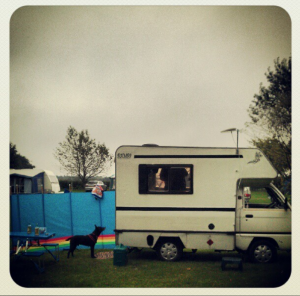